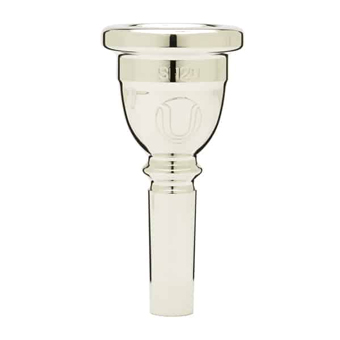 Steven Mead designed his original SM series for Denis Wick back in 1995, but recent changes in instrument design and Steven's desire for perfection, have been the spur to create this new design. After many prototypes, the Ultra SM3U was finally given Steven's consent, and was met with universal approval at both Music China and the Brass Band Championships.

The new mouthpiece has a different, heavier outer shape, a slightly more rounded cup and a slightly sharper inner edge to the rim. The sound is powerful, with a beautiful singing high register.

Steven Mead said "From an initial concept drawing we started to get closer to the desired goal. Each prototype was subjected to rigorous testing in different acoustics, using 'blind' judges listening to the new mouthpiece in relation to others. Each time following the tests we were able to make it a little better, then again a little better. Finally, we arrived at the finished version and I'm delighted with it!"