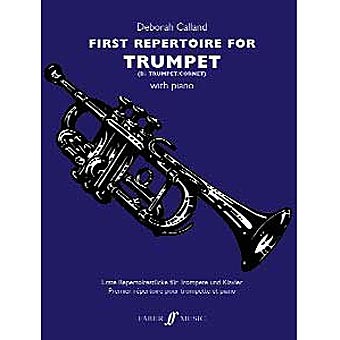 The best-selling First Repertoire series has been a favourite with teachers and young players for years, and has been selected on numerous exam syllabuses.

Now trumpet players can enjoy the popular mix of imaginative and idiomatic arrangements and original pieces with a new collection of repertoire for grade 2-4 level players selected and edited by Deborah Calland.

Ranging from baroque dances from Handel and Jeremiah Clarke to the majestic Theme from Star Wars, via Johann Strauss's The Blue Danube, the sparkling The Sorcerer's Apprentice and La Bamba - there is something here for every occasion.