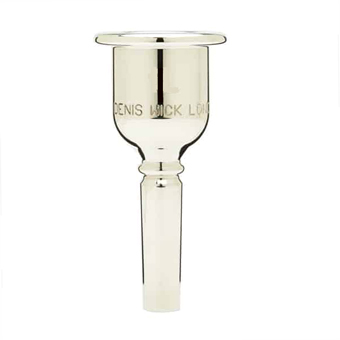 The Heritage mouthpieces are a revolutionary idea, using as its basis 19th century models with a thin-walled cup nearest to the rim. Modern CNC technology has further reduced the wall thickness to 1.2mm. To this is added a modern idea; greater metal mass at the bottom of the cup. The result is a rich sound, with a scintillating upper overtone structure, incredible responsiveness in very quiet playing and a much easier high register.

This is a powerful mouthpiece but is also highly responsive.