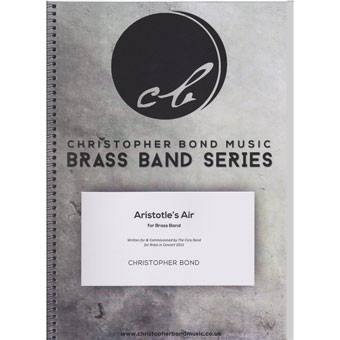 The Ancient Greeks believed that there were four elements that everything was made up of: earth, water, air and fire. This theory was suggested around 450 BC, and was later supported and added to by Aristotle. The idea that these four elements - earth, water, air and fire - made up all matter was the cornerstone of philosophy, science, and medicine for two thousand years.

Air was considered a 'pure' element, but in fact the air that's all around us is made up of a variety of gasses. Of course, in music, air has a different meaning; a beautiful song-like melody or tune and Aristotle's Air is just that.

The work was commissioned by and written for The Cory Band as part of their winning 2015 Brass in Concert programme.

The Four Elements of the Universe, being premiered at the contest at The Sage, Gateshead, on 15th November 2015. The work was awarded the Cyril Beere Memorial Trophy for the Best New Composition or Arrangement.