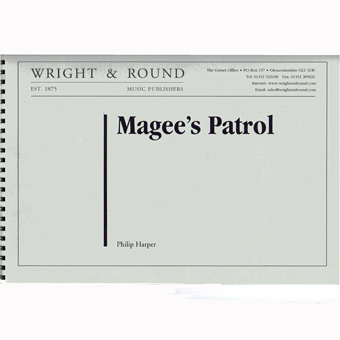 Designed as a first-half finisher, Magee's Patrol is a traditional brass band patrol. It starts quietly, becomes gradually louder then, after a fortissimo statement of the tune begins to decrescendo. One by one the players exit the stage leaving just a lone tuba player to take the final applause. Simple but very effective.