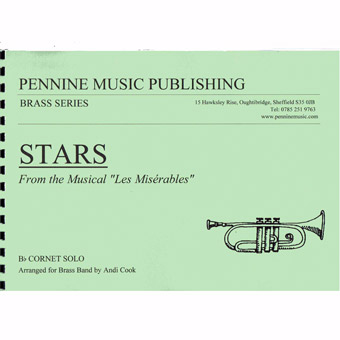 This special arrangement by Andrew Cook was a commission by Rob Westacott to perform with the world famous Grimethorpe Colliery Brass Band. The musical 'Les MisÃ©rables' is now in its 25th year and is the 3rd longest running show in Broadway history. The superb arrangement captures all the feelings of the original work and was given its debut performance at Parr Hall in Warrington on Saturday 27th March 2010. The work, arranged for one of the greatest cornet players, with one of the world's greatest brass bands, is a must in any cornet soloist's repertoire.