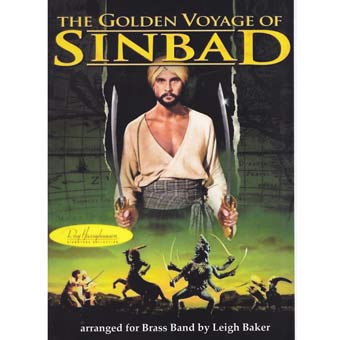 The Golden Voyage Of Sinbad is a fantasy film in Eastmancolor and Dynarama released in 1973 and starring John Philip Law as Sinbad.

It includes a score by composer Miklos Rozsa, orchestrated by Nic Raine, and is known mostly for the stop motion effects by Ray Harryhausen.

The film is the second of three Sinbad films that Harryhaunsen made for Columbia, the others being The 7th Voyage of Sinbad (1958) and Sinbad and the Eye of the Tiger (1977).

It won the first Saturn Award for Best Fantasy Film.