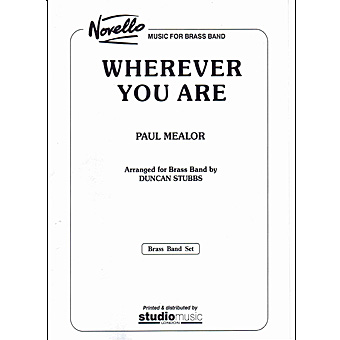 Commissioned by Gareth Malone for Series Four of BBC TV's 'The Choir' and first performed by Malone and The Military Wives Choir as part of The Royal British Legion's Festival of Remembrance at the Royal Albert Hall on 12 November 2011, in the presence of Her Majesty The Queen. The text is taken from poems, letters and prayers written by the Military Wives, selected and adapted by Paul Mealor, and a passage from the Book of John. Selling a staggering 556,000 copies in the week leading up to Christmas, more than the rest of the Top 12 combined, Wherever You Are became the UK's Official Christmas No. 1 of 2011.