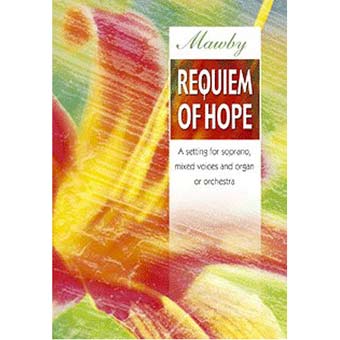 Colin Mawby's Requiem of Hope is a distinguished, mature work, displaying this composer's immediately recognisable style at its most approachable and impassioned.

Mawby uses the texts of the traditional Latin Requiem Mass but adds three English texts - a blessing by an unknown author and one each by Henry Vaughan and John Henry Newman.

Requiem of Hope is scored for a soprano soloist, mixed voices (with divisi) and organ or small orchestra of strings, harp, two trumpets, organ and percussion. Performance time is approximately 35 minutes.