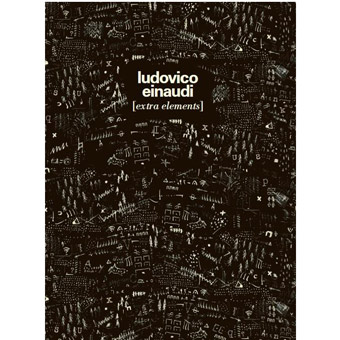 Produced in close collaboration with the composer, this exclusive Piano folio presents four tracks from the special edition of Ludovico Einaudi's Elements along with imagery and exclusive illustrations.

Suitable for intermediate pianists, this collection comprises pieces from the deluxe album 'Drop Solo' and 'Twice Solo' plus two versions of 'Elegy For The Arctic, specially written for Greenpeace. Also included are photos from Einaudi's incredible floating performance on the Arctic Ocean, and unique text and illustrations.

Einaudi's 2015 album Elements broke records not only in the classical realm but also the pop charts, overtaking Taylor Swift and James Bay, and pushing into further genres with remixes by electronic artists including Mogwai and Starkey.

The solo Piano versions of the two tracks 'Drop' and 'Twice' return the music to a purer form, offering a more intimate experience for fans, enthusiasts and students.

* Four new transcriptions for Piano solo
* Notes from the composer
* Unique illustrations and imagery from Einaudi's performance on the Arctic Ocean
* Includes Elegy For The Arctic, Drop Solo, Twice Solo and the extended studio version of Elegy For The Arctic